Commissioned by the Church Street Marketplace Business Association, this whimsical piece exemplifies the subjective nature of public art – some love it, some don’t. In June of 2002, vandals stole most of the statue, leaving behind only two feet. The Marketplace and concerned residents raised money over the course of the summer, rescued the missing figures and restored the Leap Froggers to their original stature.
Photo by Michael Weizenegger 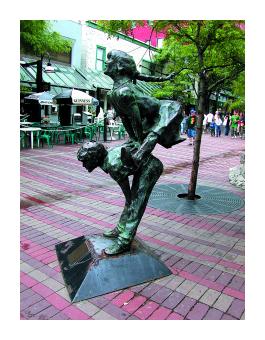