My approach to my artwork is that of an exploration into the reoccurring oddities and subtle fascinations of the natural world. The uniqueness of it all provides me with aesthetic inspiration, and I draw parallels between these narratives and the stories of human beings- whether from ancient myths, history, or my own personal experiences. Every scene in nature tells a million little stories, and I work to incorporate an extreme amount of detail to tell not only the macro, but the micro stories in a scene. This gives the viewer a greater sense of depth, not only visually, but narratively, depending on how close they choose to engage with the piece. Adrienne Ginter is a Vermont-based artist working in various mediums from her studio at the Whetstone Studio of the Arts in Brattleboro. She received a BFA in painting from The University of New Hampshire in 2003 and a Masters in Fine Arts with a concentration in painting from Boston University in 2008. She has since exhibited her work in galleries throughout the United States. Adrienne was juried into the League of NH Craftsmen in the summer of 2014 and her work is displayed in their numerous stores. She has been published in Studio Visit Magazine volume 24, volume 26, International Contemporary Artists volume 5. In November 2014, and was interviewed by "Other People's Pixels" in February 2014. Adrienne received a partial grant for a month-long residency at the Vermont Studio Center in Johnson VT. Adrienne is a board member of the Arts Council of Windham County where she participates and volunteers in board-organized community events. She is also a member of the Crafts Council of Vermont and participates in their bi-annual Vermont-wide open studio tour. Adrienne is also a member of the Printmaking Society of Los Angeles. Currently Adrienne is concentrating on extremely detailed, nature--inspired hand cut paper pieces. The work was featured in numerous solo gallery shows- including Outerlands Gallery in Vergennes VT, and “Wilderness Kingdom” at the Tower Hill Botanical Gardens in Boylston Massachusetts. 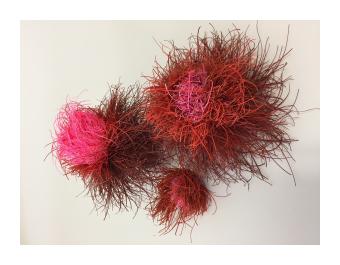 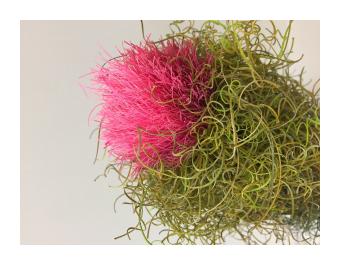 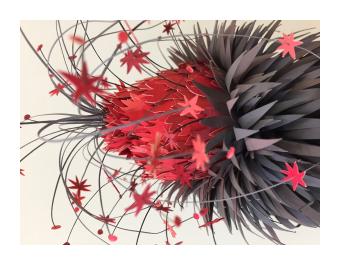 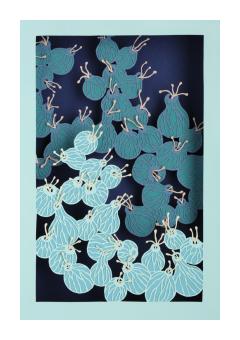 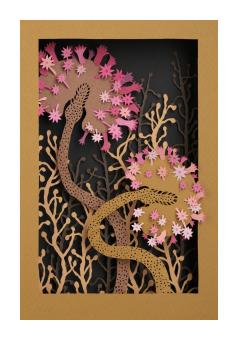 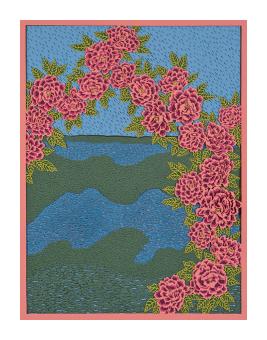 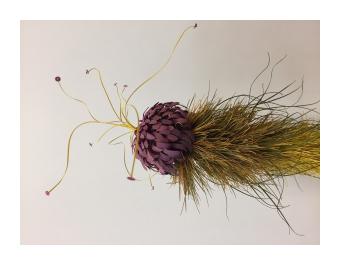 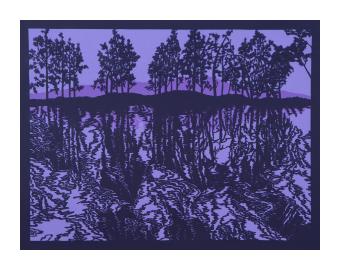 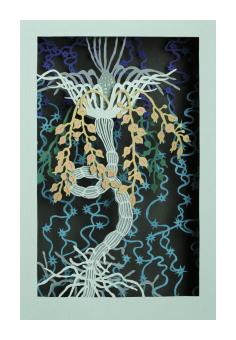 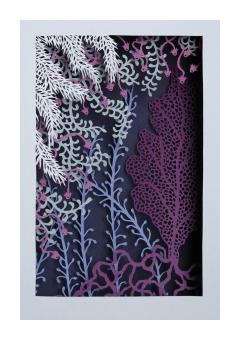 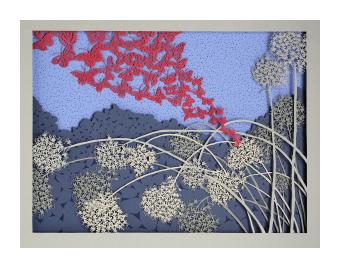 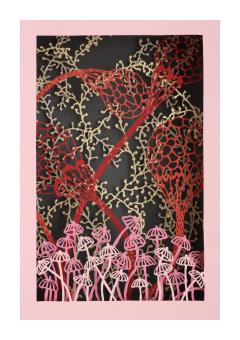 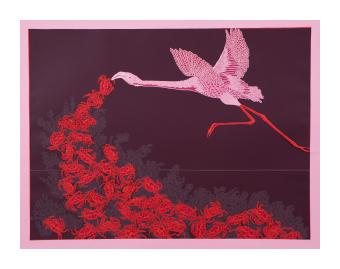 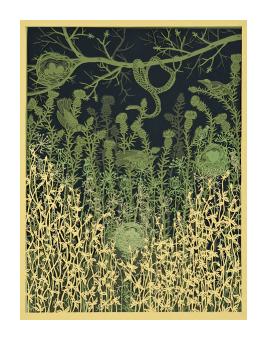 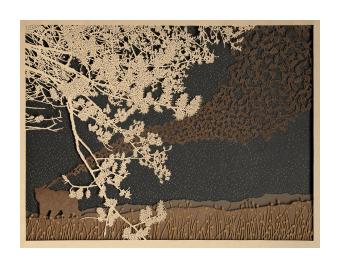 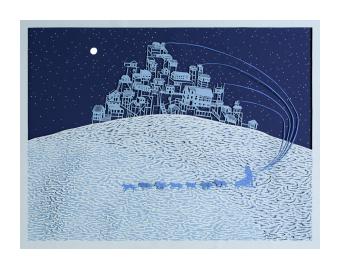 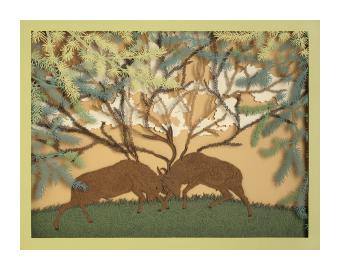 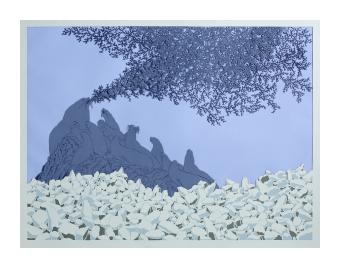 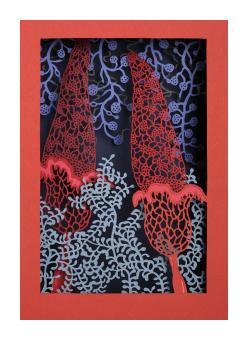