This grouping of 5 carvings along the Battery Park Extension park were likely created in some response to the Circumferential Highway, which at one time planned to turn Battery Street into a highway. Aschenbach was particularly interested in organizing multi-artist public art symmposia around road side art to "make travel digestible." One such gathering yielded a series of 18 sculptures by international artists along interstate 89, of which only a few remain in public view. 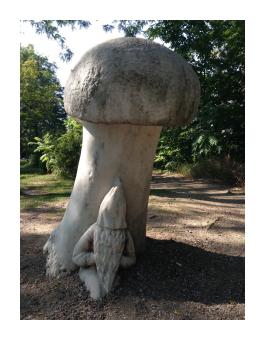