Frank Stout originally proposed two abstracted female forms for this location, but the Mayor and the finance board of the City Council rejected the proposal as unrecognizable and inappropriate subject matter. Stout responded by turning in another “realistic” proposal of the Deer and Bear sculptures that now flank the entrance of City Hall. One could say that the subjectmatter references Vermont’s commitment to protecting its natural habitats through environmental laws. 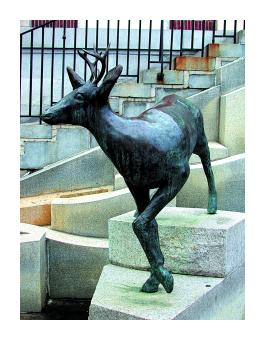 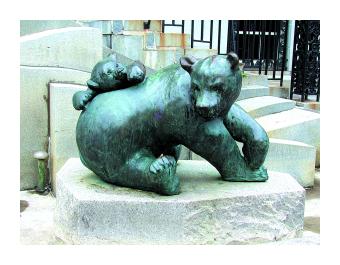