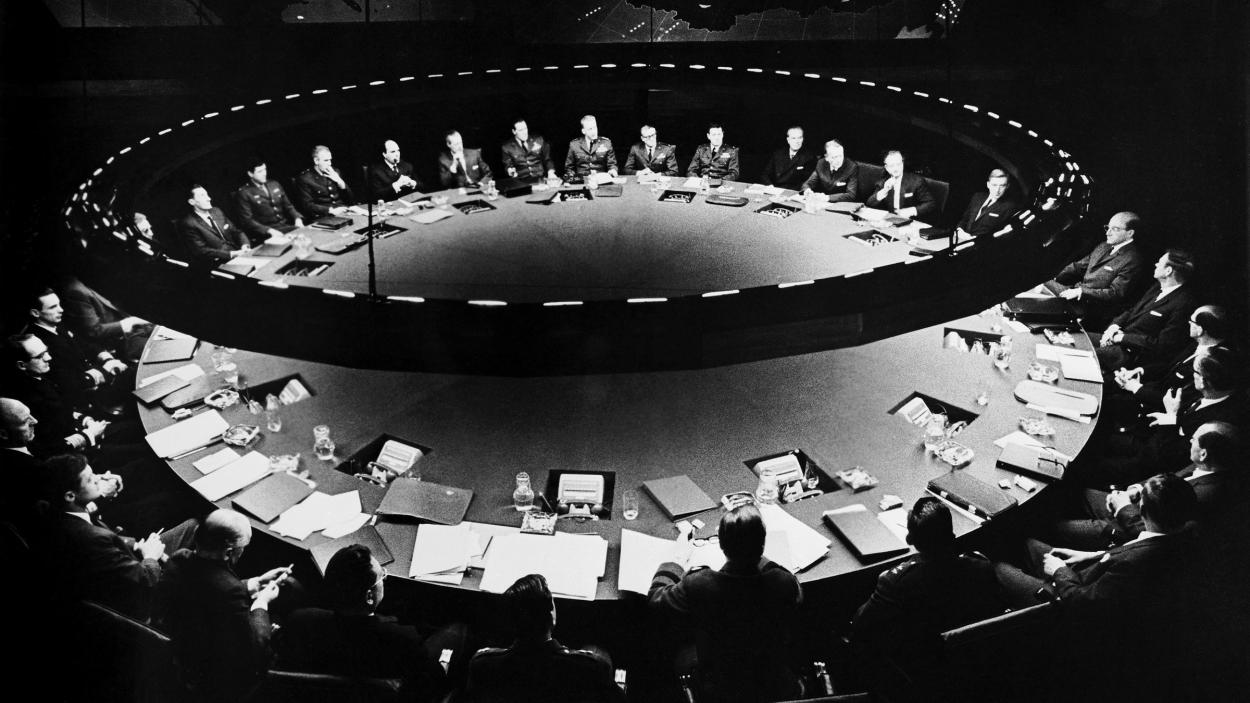 Dr. Strangelove or: How I Learned to Stop Worrying and Love the Bomb

U.S. Air Force General Jack Ripper goes completely and utterly mad, and sends his bomber wing to destroy the U.S.S.R. He suspects that the communists are conspiring to pollute the "precious bodily fluids" of the American people. The U.S. president meets with his advisors, where the Soviet ambassador tells him that if the U.S.S.R. is hit by nuclear weapons, it will trigger a "Doomsday Machine" which will destroy all plant and animal life on Earth. Peter Sellers portrays the three men who might avert this tragedy: British Group Captain Lionel Mandrake, the only person with access to the demented Gen. Ripper; U.S. President Merkin Muffley, whose best attempts to divert disaster depend on placating a drunken Soviet Premier and the former Nazi genius Dr. Strangelove, who concludes that "such a device would not be a practical deterrent for reasons which at this moment must be all too obvious". Will the bombers be stopped in time, or will General Jack Ripper succeed in destroying the world?