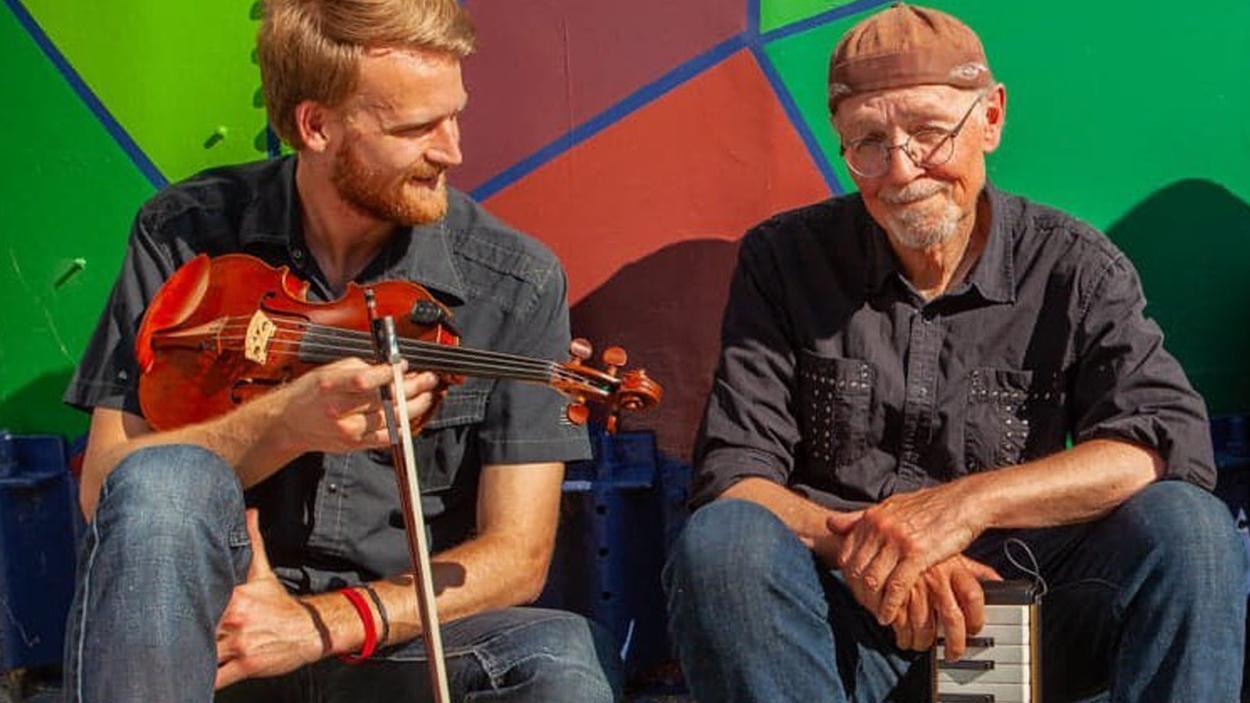 Local folk hero PETE SUTHERLAND and his protege OLIVER SCANLON met up when Oliver was a shy 4th grader, where the two wordlessly bonded over fiddle music. Several years later they began to play out, later joining forces with guitarist Tristan Henderson to form ‘PETE’S POSSE’, a hard-driving trio that spent half a dozen years touring nationally and internationally with its innovative blend of rocking contradance music, thoughtful and hilarious original songs and soulful three part acapella. The Posse spent the first 8 months of the largely gig-free pandemic recording a double album of new music before Tristan left to be with his family in Quebec. With the trio in hibernation, Pete and Oliver have revived their duo act, featuring a wide variety of instrumental combinations, informed by all the musical styles and sounds the trio is known for, and continuing to keep the Posse flame burning while adding new repertoire to the mix.