This statue is a replica of an original erected in 1913 on the Gettysburg battlefield in Pennsylvania. In 1860, Wells joined the army and helped raise Company C, Vermont’s first regiment. He went on to become a state senator for Chittenden County. The statue is situated on a historic site that came under fire during the War of 1812 and is very near the site where Vermont soldiers gathered before leaving to fight in the Civil War. 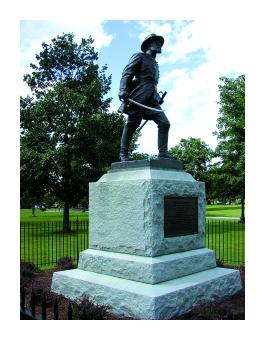