"Inside Out" was commissioned to represent the connection between Dealer.com and its surrounding community. The content of the mural is inspired largely by the interior of the company’s building and the unique silo structure on which it is painted. The undertaking was masterminded by Dealer.com's former Director of Corporate Social Responsibility, Jill Badolato. Badolato is known for her mural passion that connects the medium to community. Examples include a role in producing Above the Radar International Graffiti Festival on the King Street dock, facilitating the Outdoor Gear Exchange mural on Cherry Street, and founding Mission Murals, a fundraising collective that brings murals to non-profit spaces. 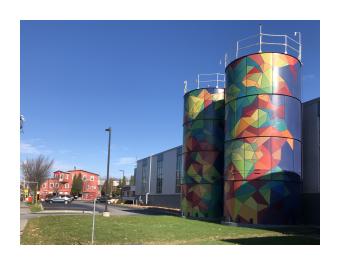 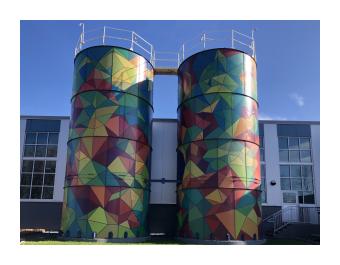