Strauss has been painting and drawing since his teens. After forty years as a professor of chemistry he began devoting full time to painting in 2003. His primary interest is in how color and value create the illusion of light and shadow. For example, when he paints landscapes depicting early morning or late afternoon, the light is often filtered by dust or moisture, resulting in a warm red-orange glow. In this circumstance, portions of objects lit by orange light reflect warmth in the viewer’s eye, even if the reflection is from snow. The cooler blue, purple and green shadows in these warmly lit scenes build depth. This is reinforced using linear perspective, which is most evident in the lines of lanes, houses, poles, trees and wires in his street scenes. Strauss’s work is strongly influenced by the Canadian and California colorists, both in style and subject matter. He is particularly indebted to Mike Svob, Nicholas Bott and Min Ma for inspiration in the subject matter and style of the paintings in this small collection. Like these artists, he sometimes uses bright, bold, color shapes, often with hard and sometimes black edges, to create interesting patterns and design. Though the colors and lines he uses are sometimes not found in nature, the resulting images retain the logic of light and shadow. He often tries to make the brightest objects seem lit from within as well as from incident light, to create an otherworldly glow, like electrified neon in glass. It is this luminous quality of saturated and impressionistic color that pleases him most. 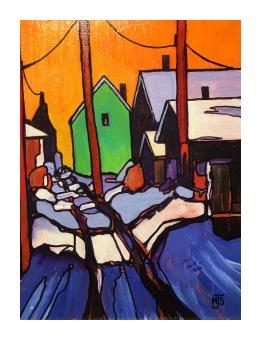 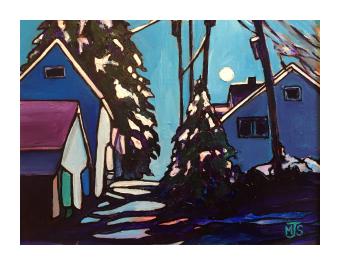 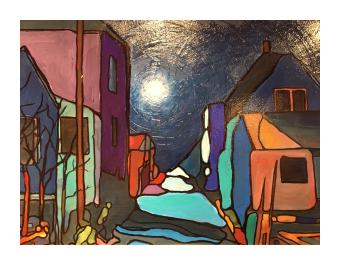 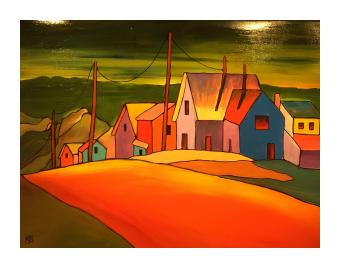 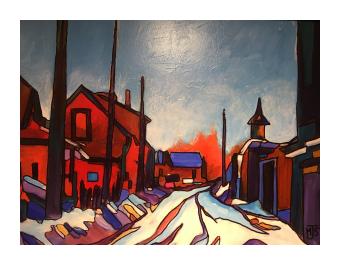 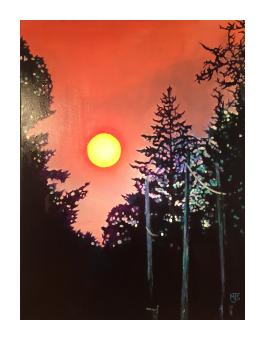 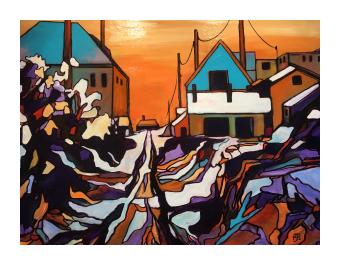 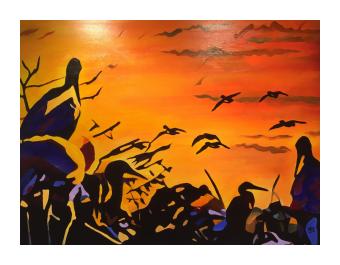 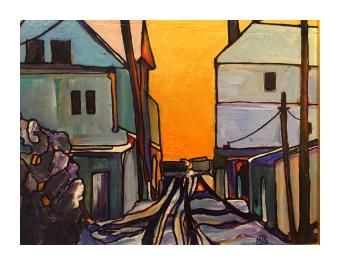 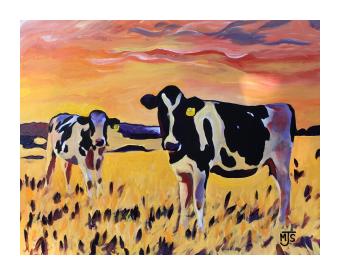 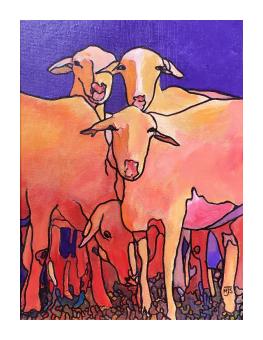 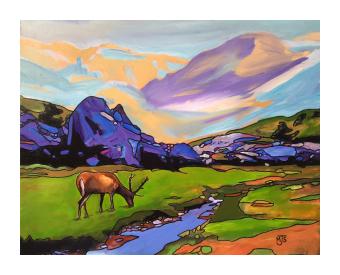 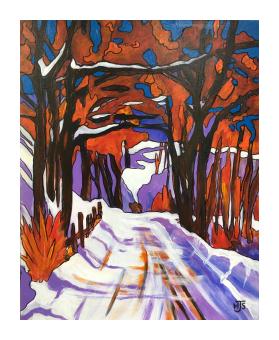 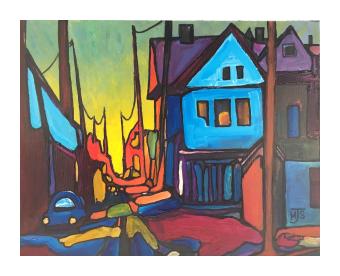 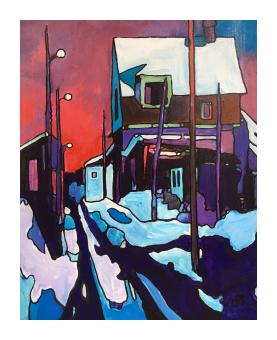 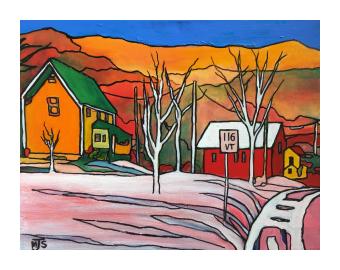