Phil Laughlin was born in the Finger Lakes region of New York. Like most kids, he enjoyed drawing, but you wouldn't have guessed from his childhood that art would become his passion. At home, the idea of a career in the arts was never discussed. School offered one art course in 12 years of public education. The prevailing attitude was "Okay… We've checked the art box on the curriculum form, let's move on to the real business of life." His academic strengths were math and science so it seemed like engineering would be a good course of study at college. This seemingly straightforward plan collided with the social upheaval of the late 1960's. In the second year at SUNY Stony Brook he began to question his career path in the counterculture style of the times. Doing something in the creative arts seemed more meaningful than building rockets, so he switched majors to studio arts. When he graduated from Worcester Museum Art School, Abstract Impressionism was relinquishing the spotlight. Several other art movements emerged in rapid succession. The ones dealing with formal abstract geometric qualities were of most interest. He moved to New York City and continued to paint. The need for employment pushed him to study applied arts and work as a graphic designer. Creatively, commercial design work wasn't very fulfilling, but the opportunities presented by the city itself and the exposure Manhattan offered to new ideas and new standards of artistic professionalism were their own reward. World class galleries and museums were everywhere. He passionately consumed it all. On a fateful shopping trip to Pearl Paint’s, a popular Manhattan art store, he saw a large set of Senelier pastels showing hundreds of bright colors spread out on display. The appeal was irresistible, he bought them and has been a devoted pastel artist ever since. In 1986, Phil moved his family to the beautiful green mountain state of Vermont. At the same time desktop computers hit the scene. After a period of experimentation, he found himself gravitating towards illustration software, rendering product and technical subjects. Painting time had to share with work time while he raised his family. Children grew, moved out, and he gradually rebalanced his schedule to once again favor the landscape painting. Along the way he discovered the rich tradition of New England subjects that has inspired generations of artists. Casting aside the last bit of guilt over leaving the formal concerns of modern abstraction behind, he joined the mass of contemporary artists working with and extending that tradition. Currently, he paints daily at his rural home in Williston, Vermont. I take color and shape, raw materials with no intrinsic value and assemble them into something coherent that has the power and purpose to speak. If there ever were societies without art, we don’t know about them. It’s artists, through their art, that tell the future who we are. 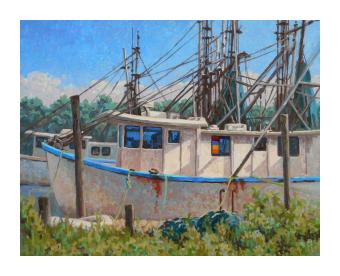 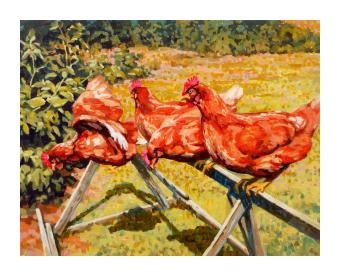 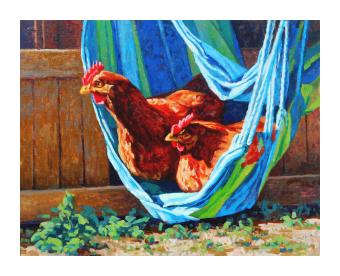 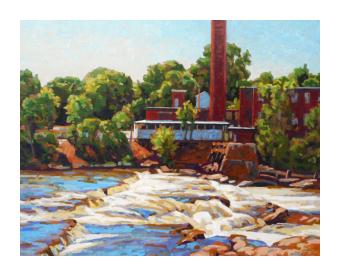 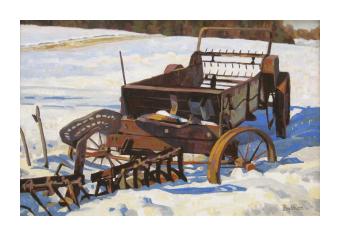 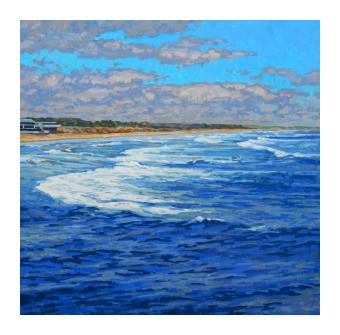 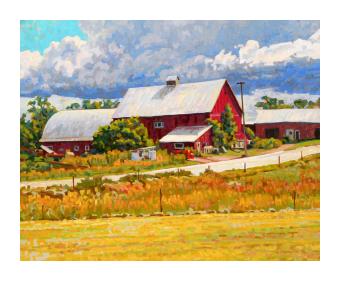 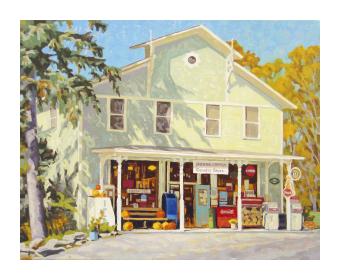 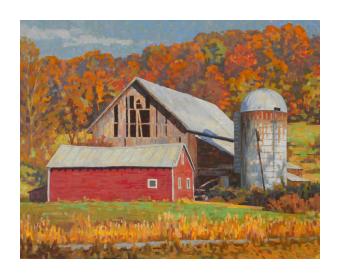 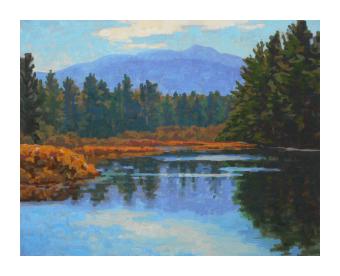 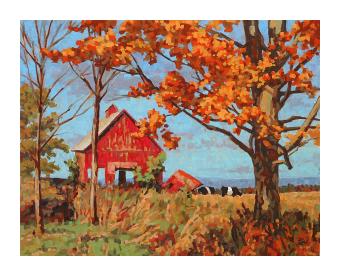 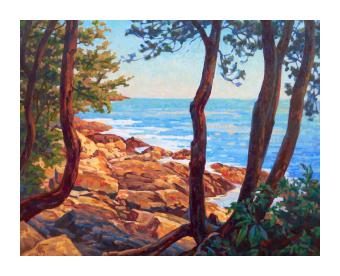 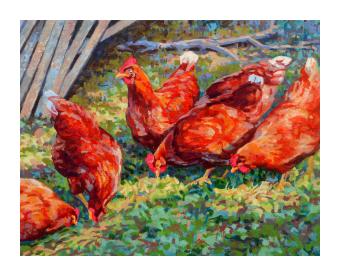 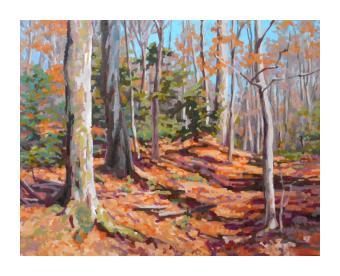 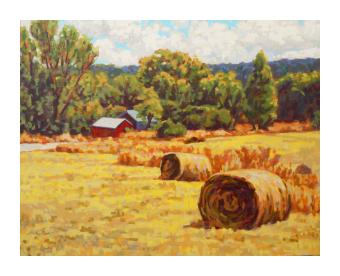 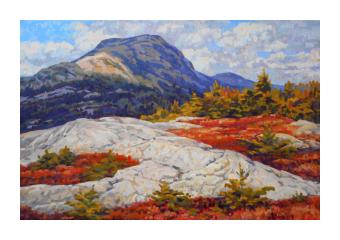 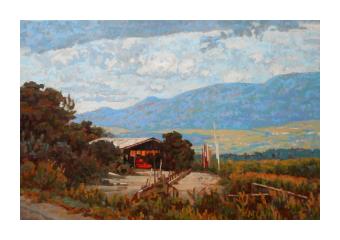 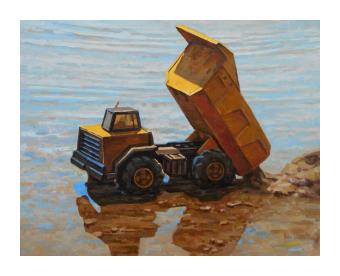