Sabah Abbas grew up in Baghdad, Iraq and began drawing illustrations for magazines, books and public service projects in 1988. She produced illustrations for four children's books and created public posters for UNICEF to promote children's immunizations in Iraq. Between 1990 and 1999 she exhibited her paintings 12 times at the prestigious Widad Orfali Art Studio in Baghdad. She also studied history at university and was a journalist with the Iraqui Journalist Syndicate from 1988-1999. Sabah left Iraqu in 2003, moving first to Jordan, then Syria, where she studied classical Arabic arts at the Nada Technical College in Yarmouk. She and her family immigrated to the U.S. in 2014. Since her arrival in Vermont, she has studied oil painting techniques at CCV, volunteered as an art classroom assistant at the Davis Studio and the Integrated Arts Academy at H.O. Wheeler, and exhibited at the S.P.A.C.E. Gallery in Burlington. Sabah's work is inspired by Iraqui culture and history, and by the traditional Arabic art style. Her preferred medium is oil on canvas. Her work is available for sale, and she also does work on commission. For more information, find her on Facebook at Sabah Abbas. 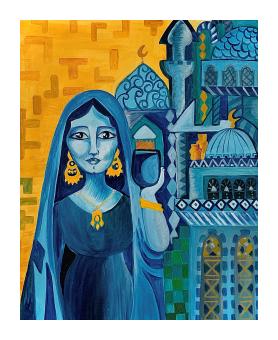 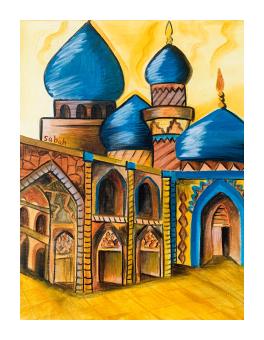 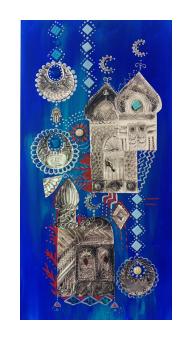 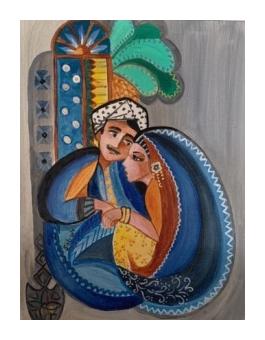 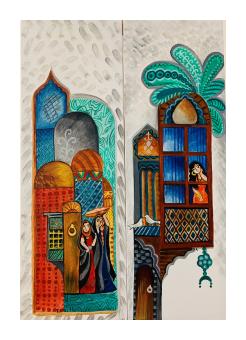 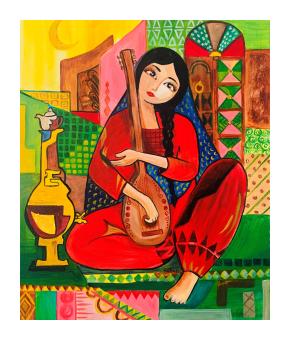