I have been making art since I was a small child, spending hours drawing, teaching myself to draw, and going on to earn my BFA at the Maine College of Art. For the previous 25 years, I had been working as a ceramist, most recently producing Raku Pottery and teaching ceramics and fine art. In 2001, I entered a Master’s in Teaching program at Bennington College, in Bennington, Vermont. I had continued to paint and draw over the years for personal enjoyment, but it was during this time that I became serious about painting. After graduating from Bennington, I left ceramics behind and began painting on my own, as often as possible, while teaching art to middle and high school students. In 2007, I left my job teaching middle school art, and moved to Isle La Motte, Vermont, smallest of the Champlain islands. I have been painting full time since 2007. I paint primarily in and around the Champlain Islands, where I live, with an occasional trip to the east, towards Mount Mansfield and the surrounding farmlands and rivers. My primary motivation is to record the effect of light on land and water. I think of my paintings as expressive impressionism. My paintings are very personal; through them I am trying to communicate what daily life is like living on an island, with the landscape illuminated by the reflection of the lake. I try to communicate what the day felt like to me, the air, the sounds, the light, colors, and conversations with my painting companions. I want to capture what exactly it was that made this view, this day, to shine for me. The magical something that made my mind say, “Look at that!” My attempt is to keep in the forefront that essence of the scene and communicate this through the painting to the audience. As I continue to work on the paintings in the studio, they become a narrative of my memories of that particular day in my life. 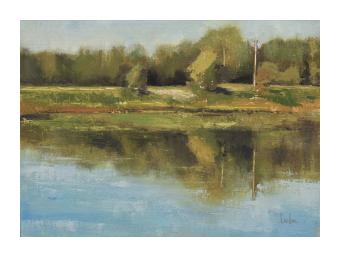 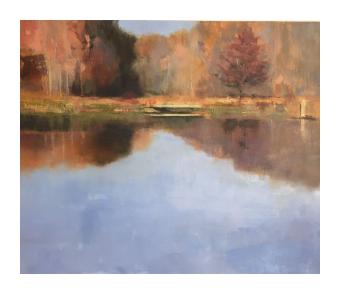 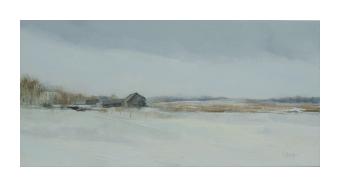 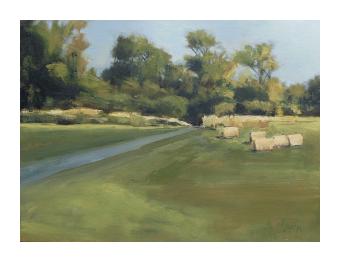 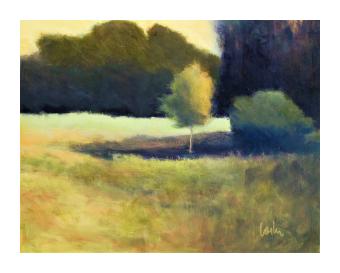 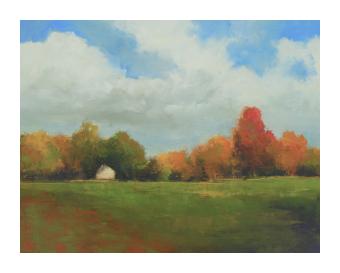 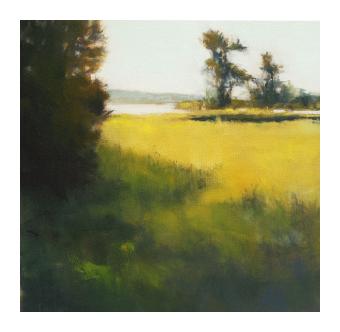 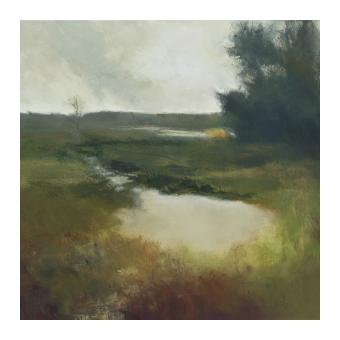 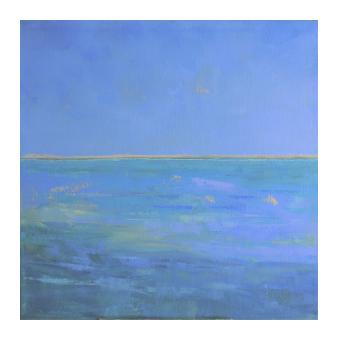 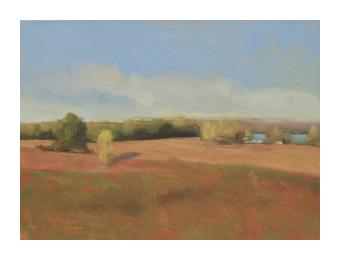 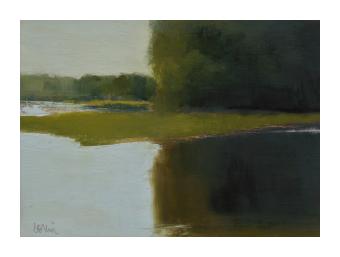 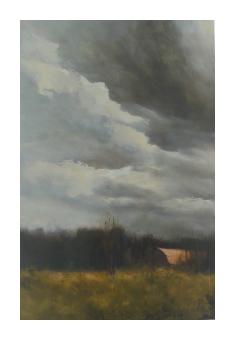 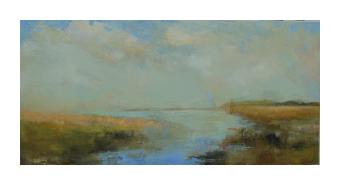 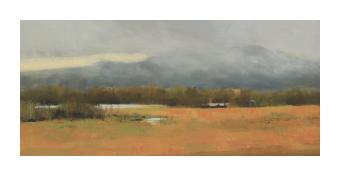 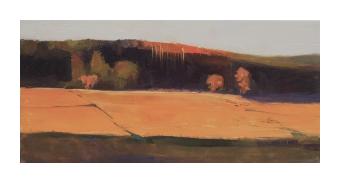 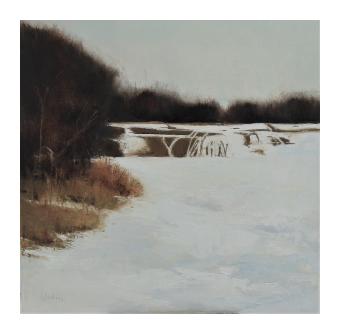 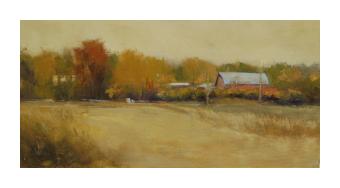 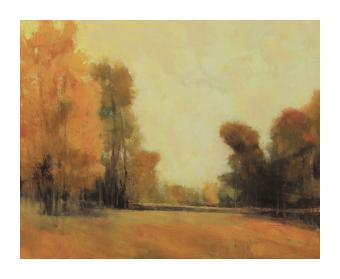 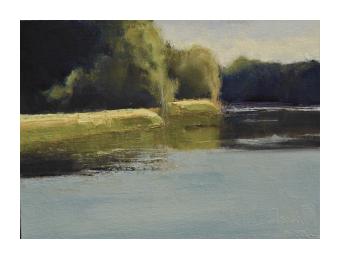 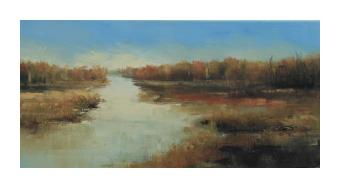 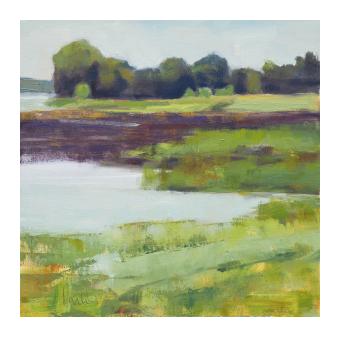 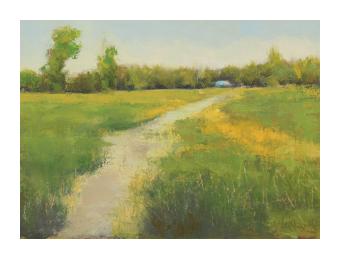 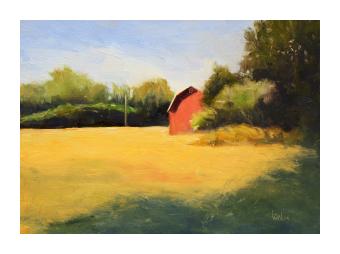 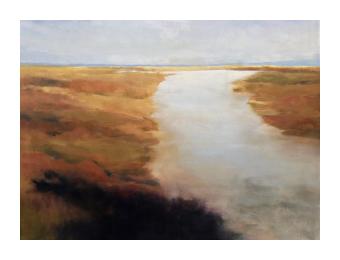 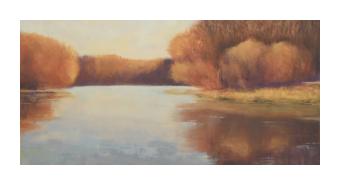 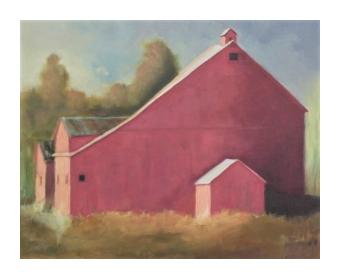 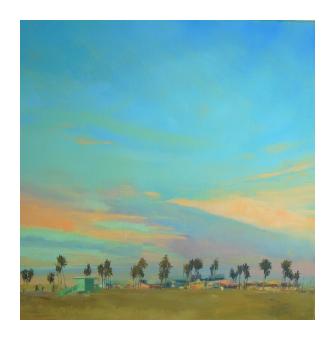 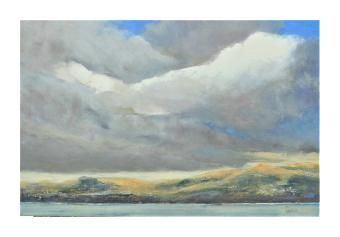 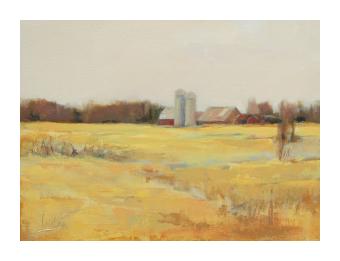