2007
Train Ball was originall commissioned by developers Melinda Moulton and Lisa Steele for Union Station, a former railway station. In 2017 the State of Vermont purchased the lower level of Union Station from Main Street Landing in preparation for the expected arrival of regularly scheduled Amtrak service into Burlington, and Train Ball was relocated to the first floor lobby of the Lake and College building. Fisk, graduated from the University of Vermont, was the artistic director of the legendary band Phish. His work and Redhook studio has been featured in the New York Times. More of his spherical sculptures can be found on the UVM campus and on Lakeside Ave in the South End. 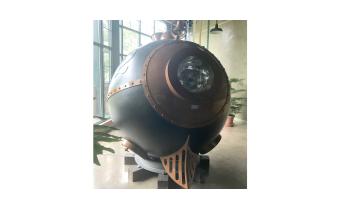 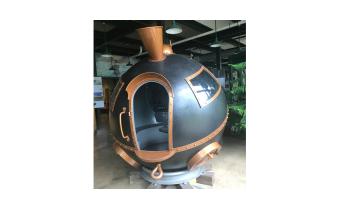