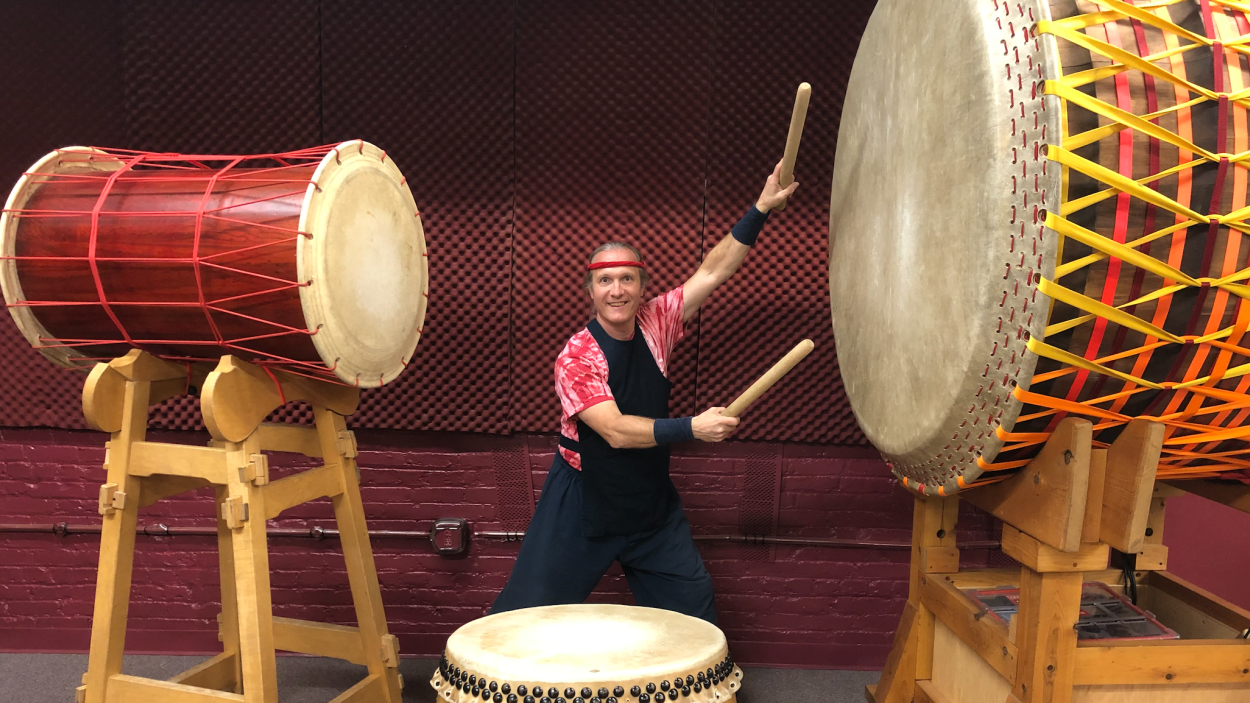 City Hall Park was created for the community. With that focus in mind, Community Spotlight features a re-occurring lineup of local arts groups every Tuesday evening. In 2022 we are proud to be supporting Jeh Kulu Dance and Drum Theater, Burlington Taiko, Swing Dance Jam, and Soulshine Power Yoga. Welcoming these groups to the park, supporting them with event production and marketing, and giving them the chance to connect with new audiences is what Community Spotlight is all about.

Since 1987, Burlington Taiko has been mesmerizing audiences with the powerful, spellbinding, and propulsive sounds of the Taiko. Burlington Taiko Group estimates it has introduced over half a million people to the power of Taiko via public performances including featured performances at the 100th running of the Boston Marathon, annual performances at Burlington's First Night & Highlight New Year's Eve Celebrations, the Joseph Campbell - Keepers of the Lore festival, the Black Ships Festival in Newport, Rhode Island, and over 200 corporate, collegiate and public performances.