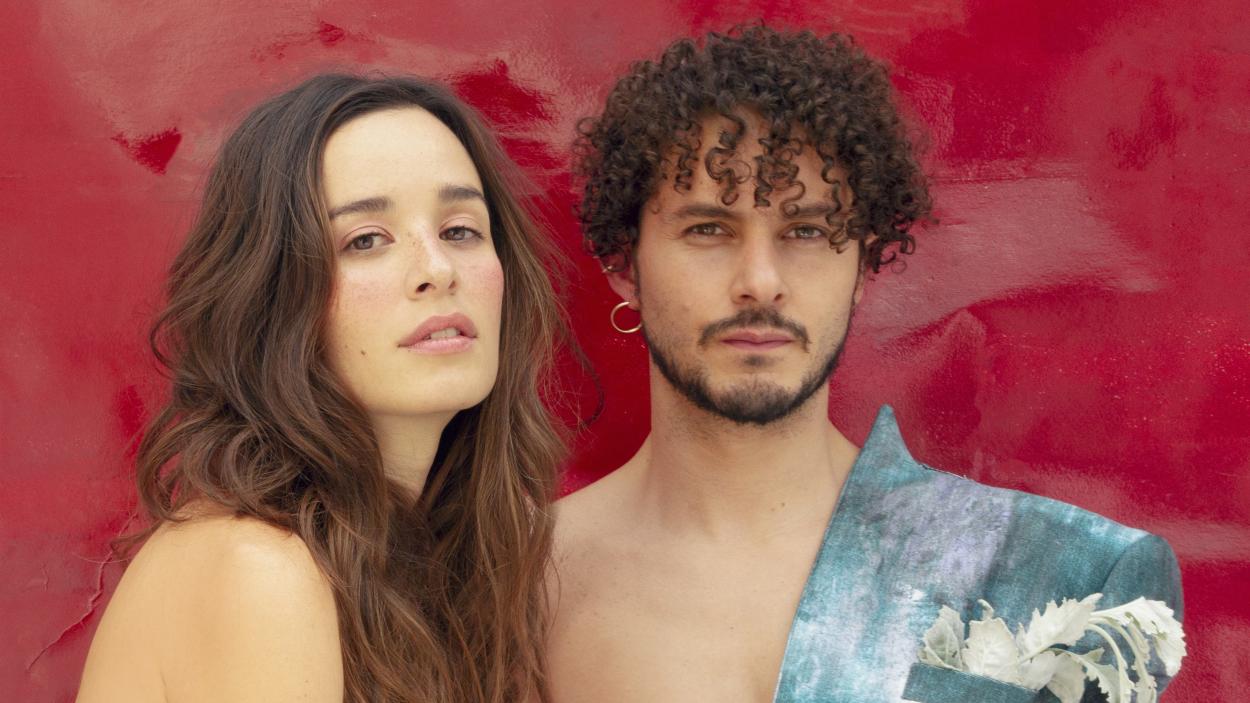 Monsieur Periné is Catalina García and Santiago Prieto. Born and raised in Colombia, lovers of our land and our roots. Together and accompanied by a great band (Darwin Páez on drums, Miguel Guerra on percussion, Abstin Caviedes and Jairo A. Barrera on horns, and Eva Peroni on bass), we have crossed the world to reach the most diverse,  eccentric, and eloquent stages, playing at the rock in Rio festivals, Lollapalooza Chicago and Chile, Austin City Limits in  Austin Texas, Bonnaroo, Fusion Festival Berlin,   Gurten Festival Switzerland, Monterey Jazz Festival, Montreux Jazz Festival, Festival Vive Latino México, Festival Estéreo Picnic Bogotá, Festival at Pohoda (2016) and stages around the world such as Mexico, Miami, Spain, Los Angeles, Lima, and many others. We are currently working on a new musical production co-produced by Rafa Sardina, who has worked with artists such as Stevie Wonder and Calle 13, among others. The album, which will be released in the middle of this year, has been anticipated with the singles “Volverte A Ver” (December 2021) and “Nada” (March 2022). In  six  years  we  have released  three  albums:  "Hecho a mano"  (2012), "Caja de Música"  (2015) and "Encanto  Tropical" (2018). We received our first Latin Grammy in  2015  in the "Best  New  Artist" category and we have had Latin Grammy nominations for "Album of the Year" (2015 and 2018) "Record of the Year" (2018)  and "Song of the Year"  (2018) and at the  Grammy  Awards for "Best Latin, Urban or Alternative  Rock  Album" (2016 and 2019).  In  2021,  we released “Volverte a Ver” with a contest supported by TikTok to reunite their fans with their loved ones after the pandemic.

Festival of Fools is presented by Community Bank, N.A.