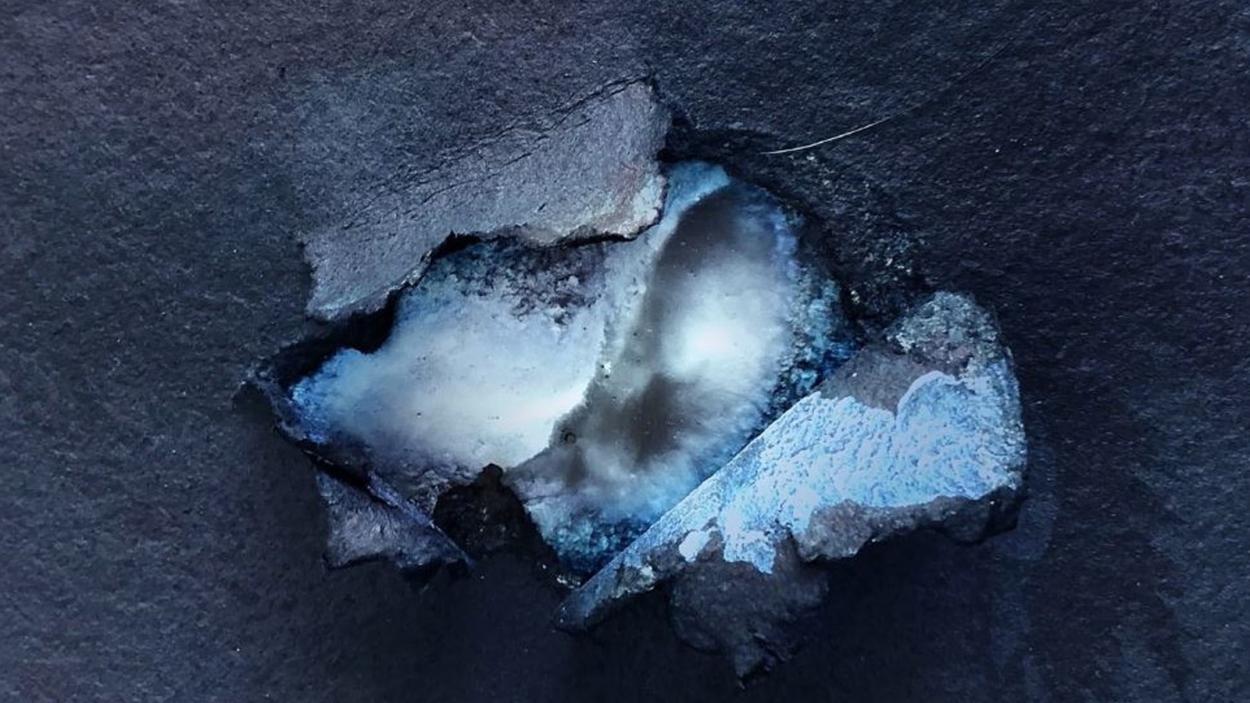 In Falling into Language: A Travelogue, Kaylynn Sullivan TwoTrees creates a mythical travelogue exploring a shared cosmic ancestry that connects us beyond the constraints of spoken and written language. TwoTrees’ immersive installation of paintings, soundscapes, and video feature contemporary vocables (a sequence of sounds and syllables without literal meaning) created in collaboration with musicians from Vermont, India and Japan. TwoTrees describes Falling into Language: A Travelogue as a visual manifestation of her experience engaging with ceremonial vocables that are deeply rooted in the oral tradition of her mixed Native American and African heritage.

Beginning her exploration through automatic writing, drawings, paintings and then sound, TwoTrees discovered a new, creative route to an unseen language – ultimately finding herself falling into a language that defied differentiation or separation. Combining score and imagery to create an immersive environment of visual vocables, Falling into Language: A Travelogue reveals the power of voice and imagery to reconnect us to an interdependent and vibrant world.

The Artist recognizes and thanks the following individuals for their collaboration in the creation of Falling into Language: A Travelogue: Gideon Crevoshay, Yuji Nakagawa, Shruthi Veena Vishwanath, and Heidi Wilson.

BCA Exhibitions are funded in part by a grant from the National Endowment for the Arts and Vermont Arts Council.