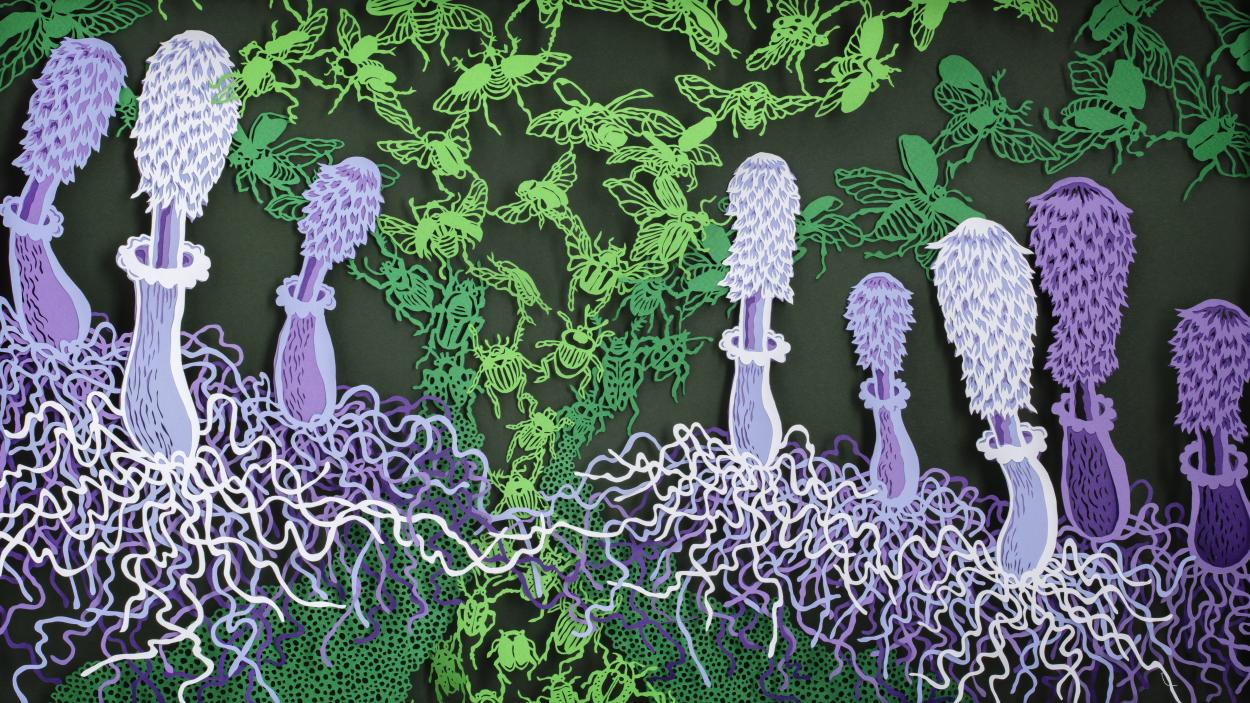 Adrienne Ginter is a Vermont-based artist working in various mediums from her studio at the Whetstone Studio of the Arts in Brattleboro. She received a BFA in painting from The University of New Hampshire in 2003 and a Masters in Fine Arts with a concentration in painting from Boston University in 2008. She has since exhibited her work in solo and group shows in galleries and museums throughout the United States.

Currently, Adrienne is concentrating on extremely detailed, nature-inspired hand-cut paper pieces and paper sculptures. Adrienne's work has been featured in numerous solo gallery shows including Outerlands Gallery in Vergennes VT, “Wilderness Kingdom” at the Tower Hill Botanical Gardens in Boylston Massachusetts, and at David Walter's Gallery and Kat Whitlege's Gallery in Brattleboro Vermont. Some of her most notable group shows include GAP National Museum in Pennsylvania, Banfill-Locke Center for the Arts in Fridley Minnesota, “Spotlight on Small” in Brattleboro, and has been featured in numerous shows at Burlington City Arts.