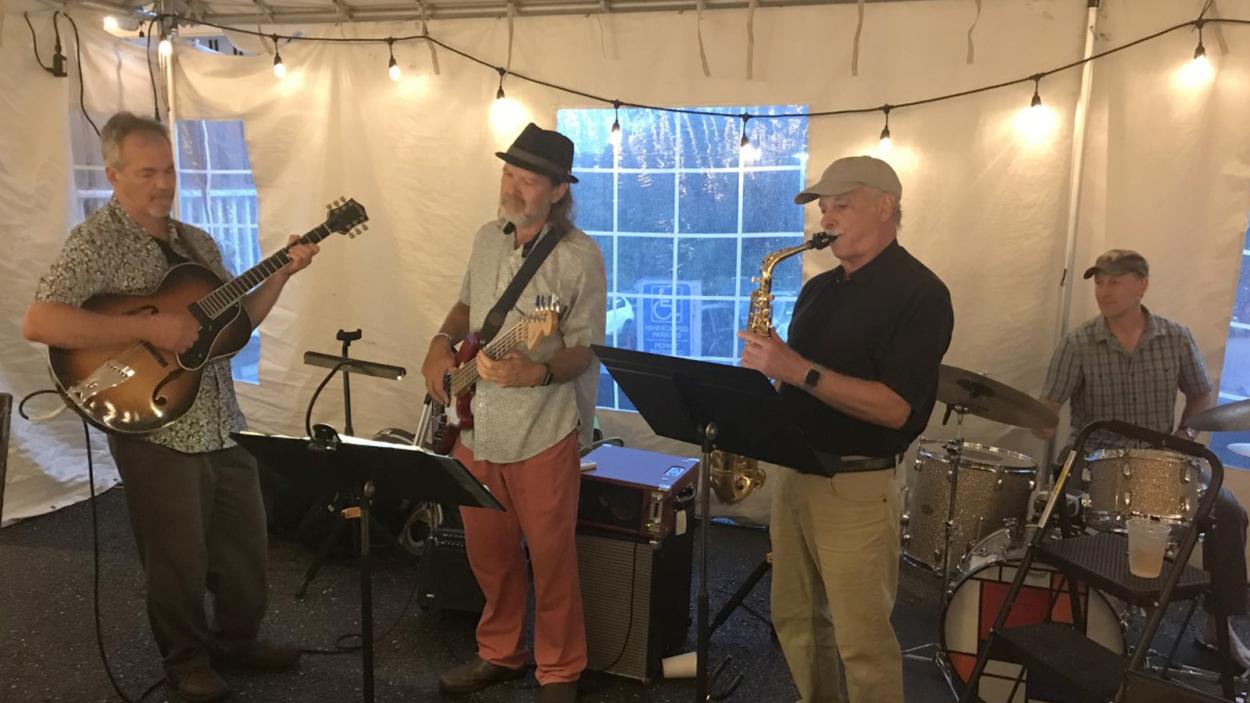 Champlain Jazz Quartet has been playing together for many years, playing at venues all over the Champlain Valley.

Andy Smith, bassist and music educator, is a graduate of the Crane School of Music at the University of Potsdam, who plays with many other groups.

Drummer Tom Teare, not only crushes it on the set, but also is a professional pilot for a major airline.

Tony Pietricola plays clarinet and sax. He’s a music educator, graduating from Ithaca College, who can be seen teaching an occasional class at UVM. He’s also a regular member of the Vermont Jazz Ensemble and The Dixie Six.

Bob Gagnon, guitar, is also a graduate of Ithaca College who, although he majored in English, minored in music. He plays in numerous other groups and does many solo gigs.