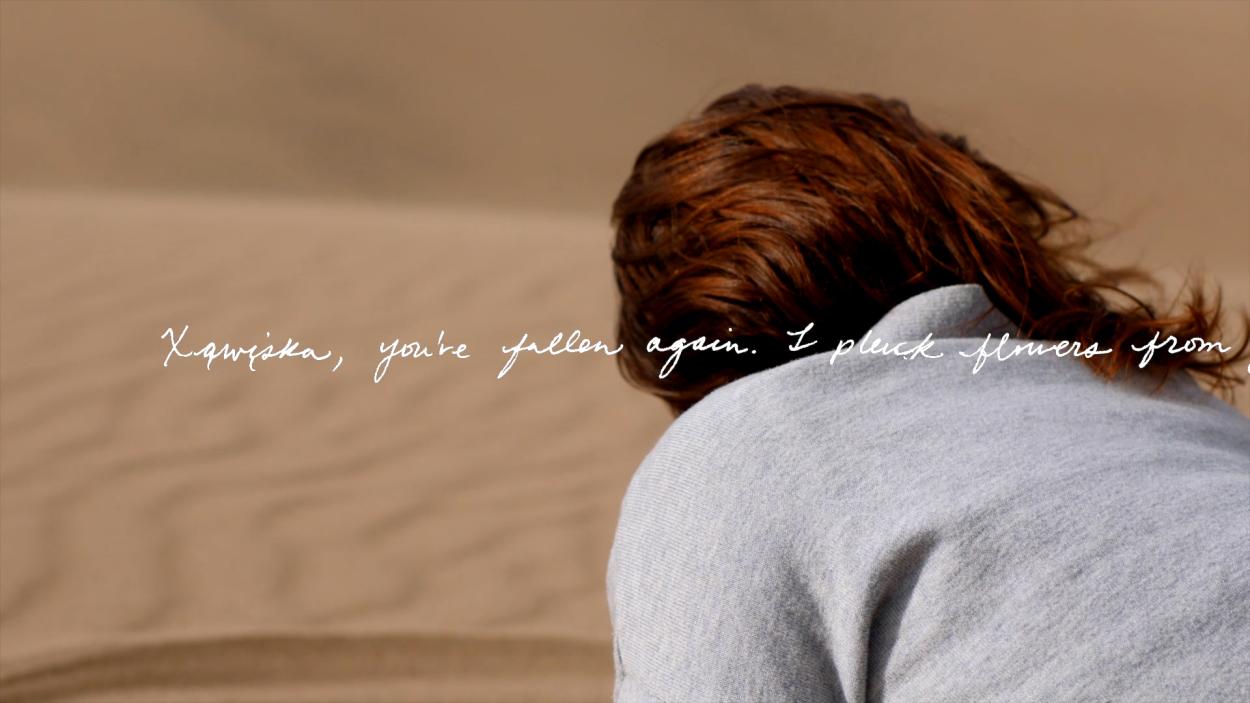 A member of the Ho-Chunk Nation of Wisconsin and the Pechanga Band of Luiseño Indians, Sky Hopinka is an internationally recognized multimedia artist who explores themes of language, culture, and homeland as he reflects on colonialism and nature of Indigenous identity. Sky Hopinka features two experimental films from 2018. Fainting Spells is an imagined myth for the Xąwįska (or the Indian Pipe Plant) used by the Ho-Chunk to revive those who have fainted. This dream-like film is voiced through recollections of youth, learning, lore, and departure. When you're lost in the rain considers experiences of loss and longing overlaid with images of the landscape, and was created in response to the 1965 Bob Dylan song, ‘Just Like Tom Thumb's Blues.’

Both short films include the near extinct Indigenous language, chinuk wawa, which when combined with fleeting images of the land and memory create a poetic, visual language.

Image copyright of the Artist, courtesy of Video Data Bank, School of the Art Institute of Chicago

Back to Upcoming Exhibitions