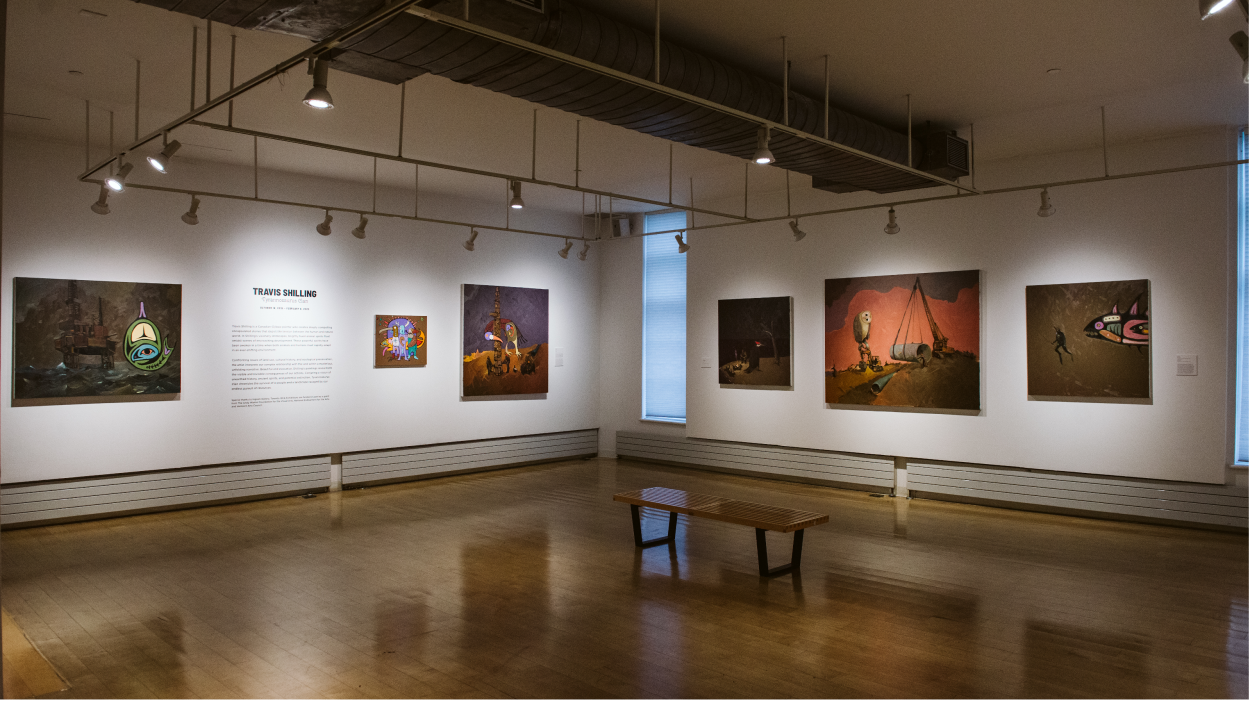 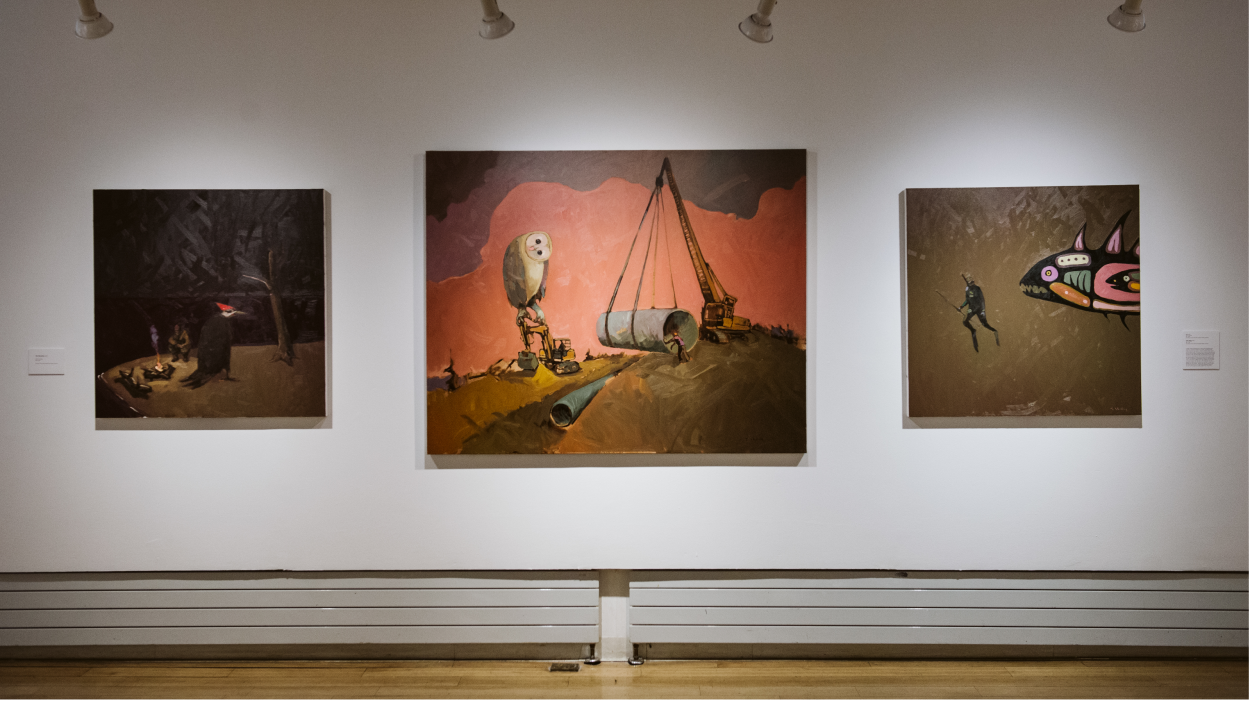 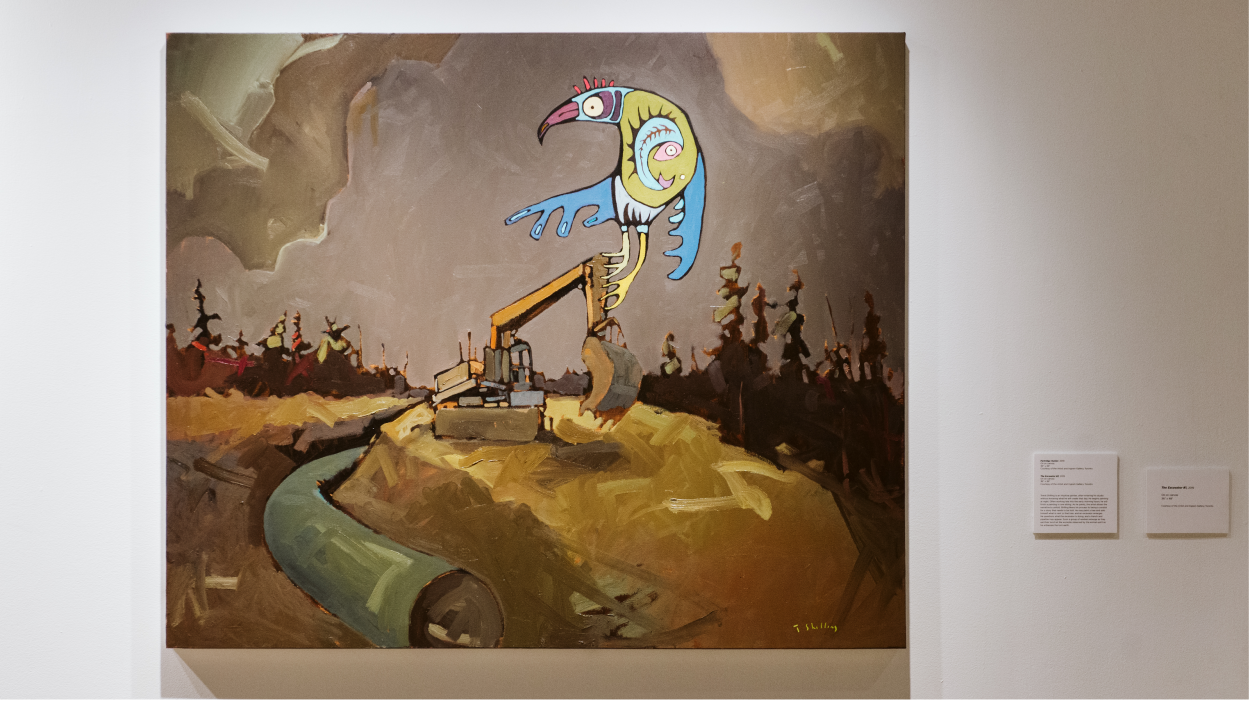 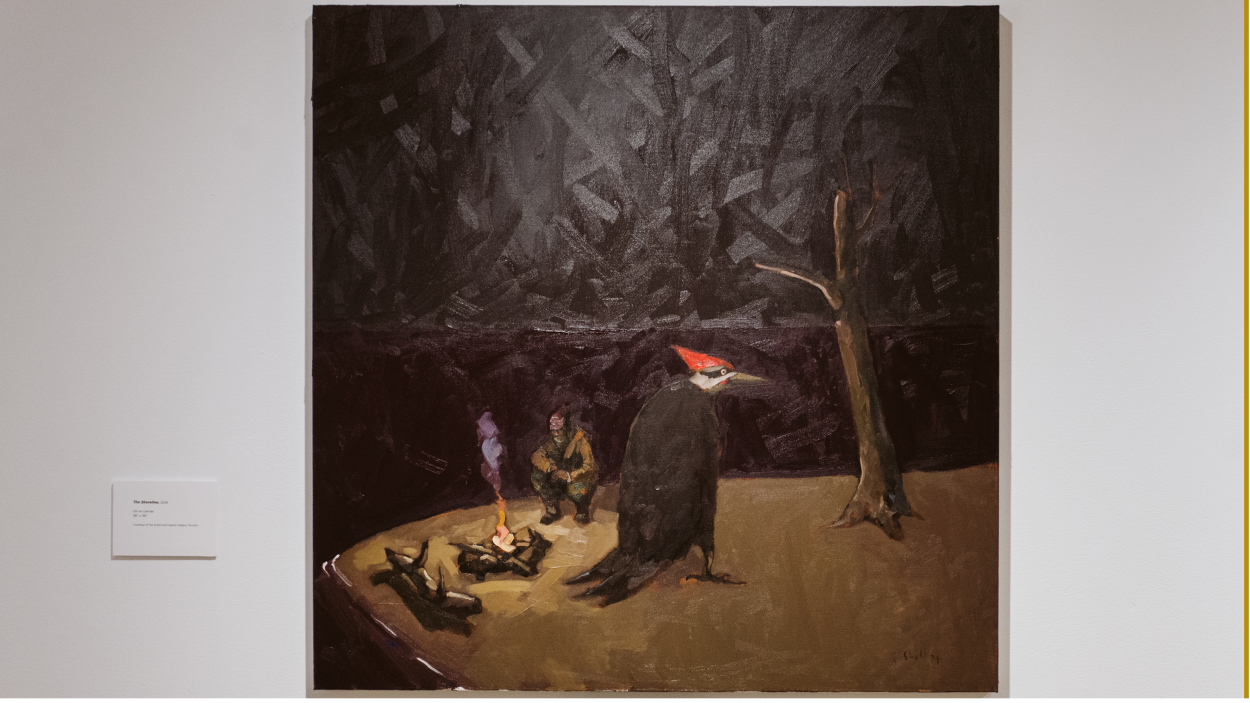 Travis Shilling is a Canadian-Ojibwe painter who establishes deeply narrative tableaus that evoke the interaction between modern humanity and the natural world. Tackling issues of land use, cultural history, and humanity’s impact on the environment, Shilling’s encapsulated stories are concurrently deeply personal and widely universal. Tyrannosaurus Clan explores themes of the impact of industry on the natural world, extinction of both animal species and cultural identity, and the intersection of where the world of modern humanity meets the realm of animals and animal spirits. Having been shown by the Smithsonian Institute and the Art Gallery of Ontario, Shilling will debut a new body of work for his BCA Center exhibit.

Courtesy of the Artist and Ingram Gallery, Toronto, Canada. BCA Exhibitions are funded in part by a grant from The Andy Warhol Foundation for the Visual Arts, National Endowment for the Arts, and Vermont Arts Council.