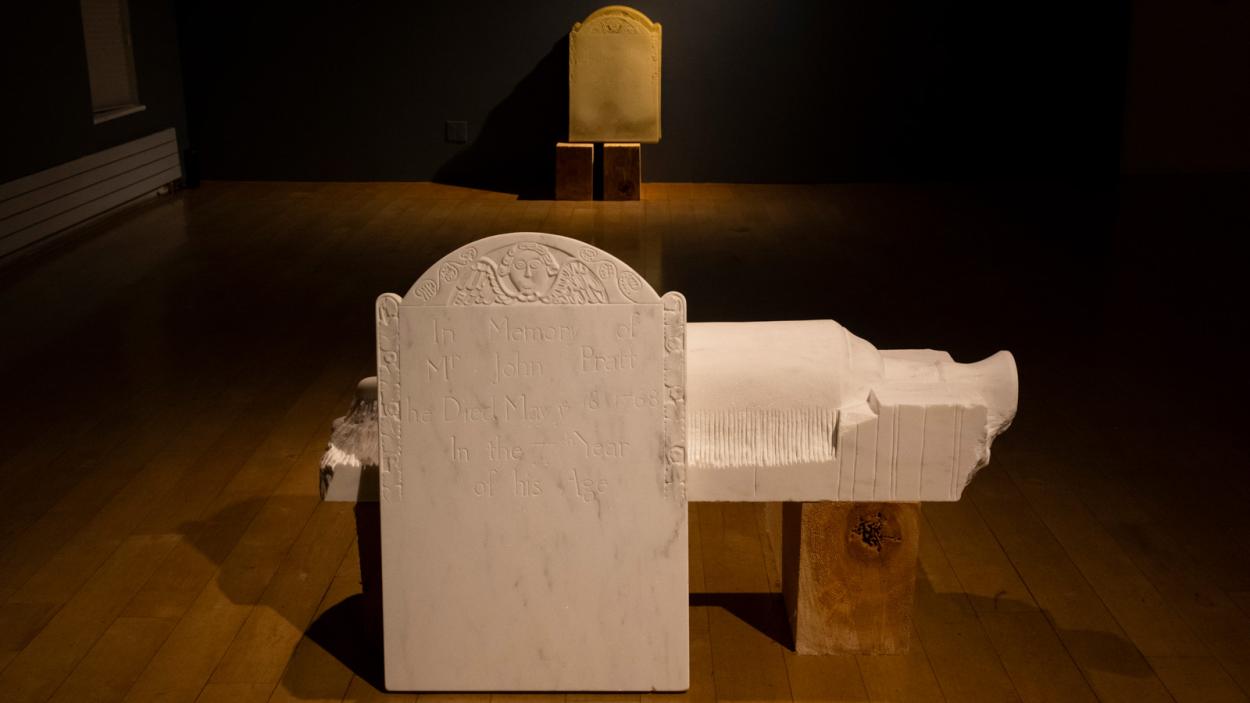 For his installation, Borthwick laboriously hand-carved reproductions of the Pratt tablet and an Africana-style amphora in Vermont Olympia white marble. Leaning against one another these sculptures are contrasted with multiple, cast-beeswax replicas of his carved tablet stacked against the far gallery wall. Building from notes of despondency to hopeful refrains, a rhythmic soundscape further conveys notions of production and impermanence. Separated by time, location, and culture, these objects of past empires become poignant symbols of the ascension and demise of their respective realms.

Burlington City Arts is supported by the New England Foundation for the Arts through the New England Arts Resilience Fund, part of the United States Regional Arts Resilience Fund, an initiative of the U.S. Regional Arts Organizations and The Andrew W. Mellon Foundation, with major funding from the federal CARES Act and the American Rescue Plan Act from the National Endowment for the Arts. Hospitality sponsor, Lake Champlain Chocolates.