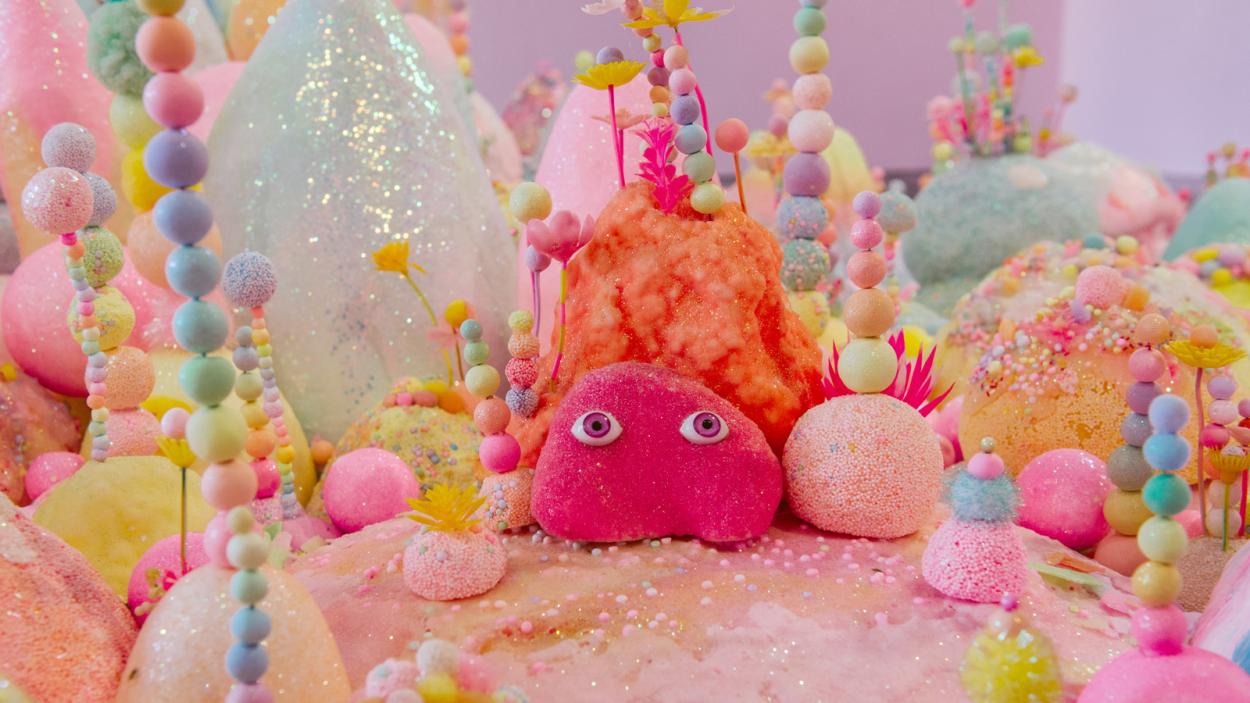 Merging popular and consumer culture with fantastical themes, Bubblegum Pop presents a group of artists whose colorful work and playful imagery explore themes of nostalgia, youth, optimism, and material abundance as both a celebration and slanting critique on contemporary society. Using materials and subjects drawn from, or inspired by popular culture, the artists in Bubblegum Pop blur the distinction between high, low, and mass-produced forms of artistic expression. Bubblegum Pop entices us with its accessible and upbeat imagery, while simultaneously encouraging us to gaze beneath its glossy veneer and consider the economic, environmental, and social mythologies we self-perpetuate as a society.

BCA Exhibitions are funded in part by a grant from the National Endowment for the Arts and Vermont Arts Council.